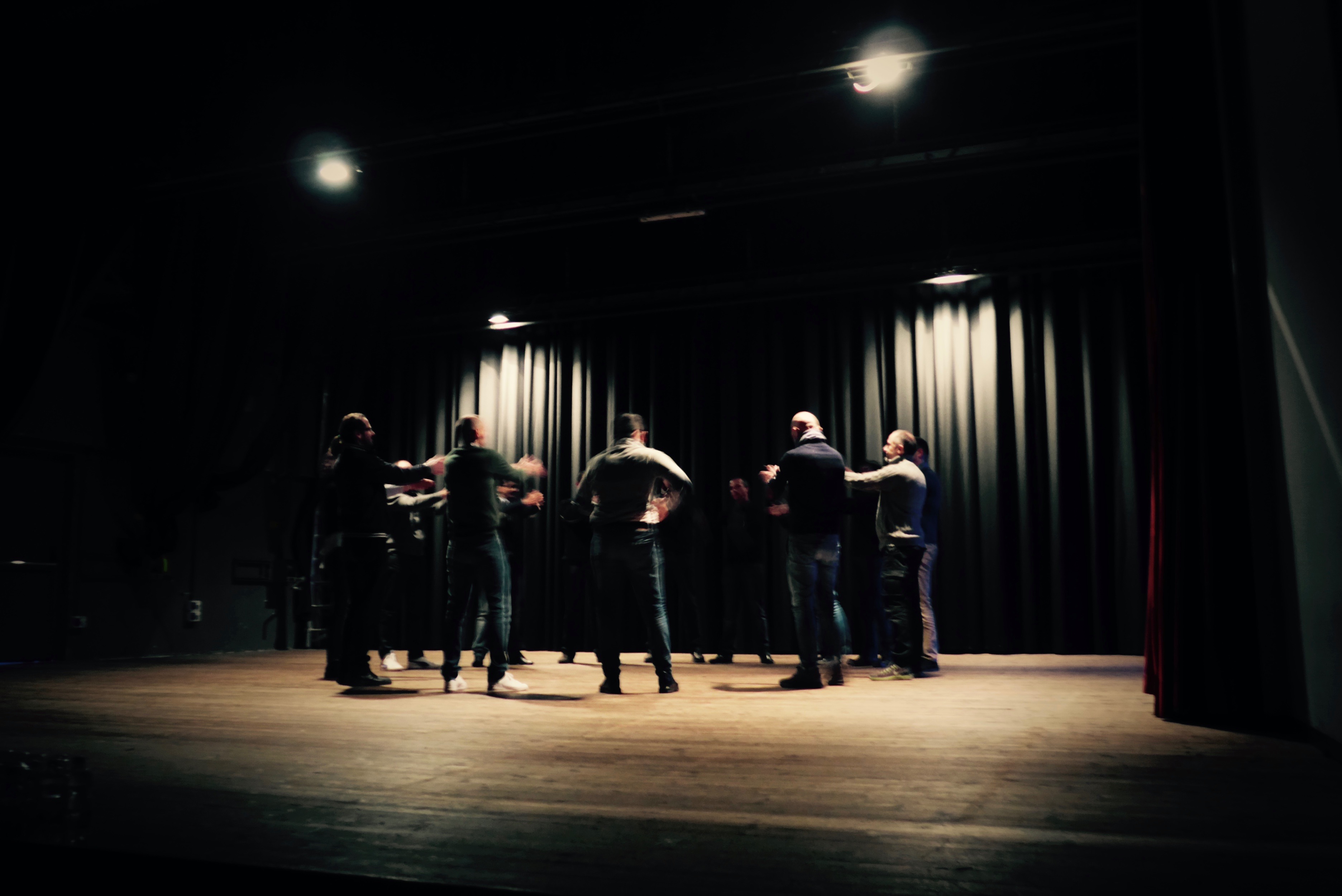 Playback Theatre and team development: a challenging but respectful proposal

Is there really a way to improve the relational dynamics of a team? Is it possible to develop mutual trust and listening, whilst at the same time limiting any unhelpful emotions or personal traits? We have found that the answer is yes, by using Playback Theatre and Action Methods as part of the team development process.

Playback Theatre was born in New York in the Seventies, and is the creation of Jonathan Fox, then a student of improvisational theatre and oral storytelling. It is a process that is both simple and effective, allowing teams to explore topics that are often neglected at work and later explode into conflicts or tension, causing problems for the organisation and pain and distress to the staff. Playback Theatre is a collaborative theatrical method where actors improvise a performance, based on narrative from the audience. It works like this: someone in the audience recounts a real-life story or event and the company of actors immediately transfers the emotional core of the story to stage, using the best of their acting abilities and empathy. At the end of the performance, the ‘conductor’ asks the narrator to give the last word on what (s)he observed in the scene. Then the action moves on to another volunteer narrator and so on.

During the process, the group works on giving and receiving trust, effective communication, empathic listening, recognition of others’ efforts, managing emotions, giving and receiving effective and constructive feedback, and perceiving others (staff, manager or colleagues) as a resource and ally, rather than as an obstacle or, worse, as an enemy. This in turn enhances the perceived value of the team, for both individuals and for the whole organisation.

Turning now to Action Methods, these are a set of techniques proposed by Jacob L Moreno, the Romanian-American psychiatrist, founder of psychodrama, and pioneer of group psychotherapy. These techniques share many values with Playback Theatre and include the centrality of subjective truth; the suspension of judgment and response; development of the ability to see the world through the eyes of others; the ability to develop creativity, overcoming judgment, anxiety and fear; circularity in group communications, and many other aspects that make both individual and group experiences respectful, intense and powerful.

So how are Playback Theatre and Action Methods best used in team development? And what kind of situations do they work best for? In our experience, teams often have to go through periods of profound change. For example, they may have to recommunicate their mission or modify it, they encounter opposing views and discord, and their roles may change, all of this requiring time to reset, realign and adjust. At the same time, those people need to realise that often they do not communicate effectively, or have relationships based on real trust and cohesion.

Using Playback Theatre and Action Methods, the team begins training like a company of real actors. In doing so, they experience the benefits ​​of these methods both as actors and as an audience. They bring to life stories from colleagues about organisational issues, through acting them out on stage. Each participant experiences listening, team play and shared leadership, since no written text or scene-stealing protagonists are allowed. Every person in the group starts to feel closer to the others and more aligned to group goals. When the narrator of a story doesn’t recognise it on stage, that failure involves the whole group and not just the narrator. The team experiences multi-way feedback, which helps to nurture and grow individuals and the whole group.

In this way, the training becomes an opportunity for the team to tackle organisational issues and group dynamics, which otherwise remain in the shadows. The tools that participants learn how to use during the experience are directly applicable to everyday work such as facilitating a staff meeting, managing a transition or facing an organisational problem. The solutions proposed by the team can be tested between sessions, alongside a strong and clear training pact and ground rules about judging others, trust and privacy. Outstanding solutions emerge as people embrace responsibility for the effectiveness and efficiency of their team, with mutual respect for the role that each one of them plays and a common goal of excellent performance. The management team can help to spread the messages and strategies that emerged in group reflection to others, explaining their importance. The team itself can go on to collaborate with others, offering real performances and collaborative events that further support the sharing of insights and ideas.

In summary, Playback Theatre and Action Methods offer an effective and empathic communication arena, allowing people to reflect on how they can become more respectful and effective. Participants have an opportunity to focus on resources and energy, and to share useful tools and strategies to achieve the objectives set by their organisation. These methods generate space for the team to grow, align and orient themselves in a fluid and conscious way towards achieving the challenges and business objectives that the company requires.

Turning Potential into Results.
A journey into human development.

Decide which cookies you want to allow. You can change these settings at any time. However, this can result in some functions no longer being available. For information on deleting the cookies, please consult your browser’s help function. Learn more about the cookies we use.

With the slider, you can enable or disable different types of cookies: